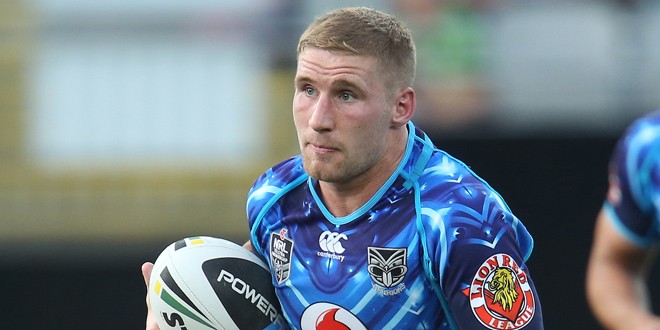 England fullback Sam Tomkins is to return home and play in Super League again in 2016, after it was confirmed that he has been granted an early release from his deal with New Zealand Warriors.

Tomkins signed a three-year deal at the Warriors for the 2014, 2015 and 2016 seasons after switching from Super League side Wigan Warriors, but he will now return to England after two years in the NRL, as opposed to three.

It is part of a deal that sees Tomkins released a year early, and the Warriors move for Roger Tuivasa-Sheck on a three-year deal as his replacement.

“I never imagined it would reach this point,” Tomkins said on the New Zealand Warriors website. “This is a great club and I can’t say enough about the coaching staff. I love being with the lads and it’s a brilliant country to live in but I can only be honest and say I miss home in ways I never thought I would.

“I’m truly grateful to the Vodafone Warriors for agreeing to give me an early release and I am so determined to repay them for their consideration. All I want now is to get back out on the field to help us have a great season.”

Rumours have linked Tomkins with a return to Wigan in recent weeks, and they appear to be the club at the forefront of any move for the England international.