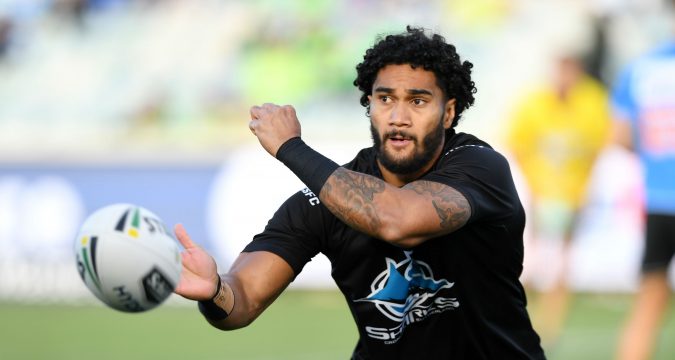 The likes or Ricky Leutele, Jon Wilkin and Joe Mellor will all be Toronto players next season despite the Wolfpack missing out on promotion.

Toronto’s Super League aspirations were crushed last week as they agonisingly lost to London Broncos in the Million Pound Game.

But despite the defeat stalling their charge to the top flight, the Canadian club will still boast the talents of the aforementioned trio next season as they look to avenge this year’s disappointment.

TotalRL understands the Wolfpack are still due to announce the arrivals of all three players in what is set to be one of the most star-studded teams the Championship has ever seen.

Centre Leutele will be their second marquee player after signing a three-year deal with the club following a nine-season stint with Cronulla. The 28-year-old played for the Sharks in their 2016 Grand Final triumph and made 128 appearances for the club overall.

Wilkin, one of Super League’s all-time greats, joins the club having spent the last 16 years with St Helens, where he won two Grand Finals, the Challenge Cup four times and the World Club Challenge.

Meanwhile, Mellor will join up with the Wolfpack next year and will make the move from Widnes, who are likely to be Toronto’s main promotion rivals next season following their relegation from Super League.

Other players are set to arrive through the doors during the off-season, with a number of players also set to leave the club. Richard Whiting and Cory Paterson are both set to retire while others are set to be moved on.