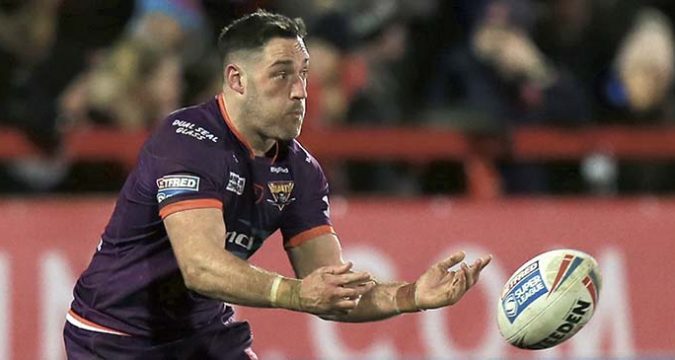 Joe Wardle will remain with Huddersfield Giants in 2021 after agreeing a permanent deal with Simon Woolford’s side.

Wardle is on loan at Huddersfield until the end of this season, as part of an arrangement agreed midway through last year which saw Jordan Rankin head in the opposite direction to Super League rivals Castleford Tigers.

Rankin recently left Castleford to take up a deal with NRL side Parramatta Eels, meaning his loan deal with the Tigers was cut short, but Wardle will remain on loan at Huddersfield for the rest of this season as planned.

And League Express understands that the 28-year-old Scotland international is set to extend his stay at the John Smith’s Stadium after agreeing a permanent deal.

Wardle admitted in April that he had no idea about his future, but he now looks set to remain alongside younger brother Jake and stay with the Giants.

He said: “Nothing much has been said and I’m not 100 per cent sure what’s happening. I said a few months ago I just wanted to see how many games I could play this season being my last year and I wouldn’t worry about it.”