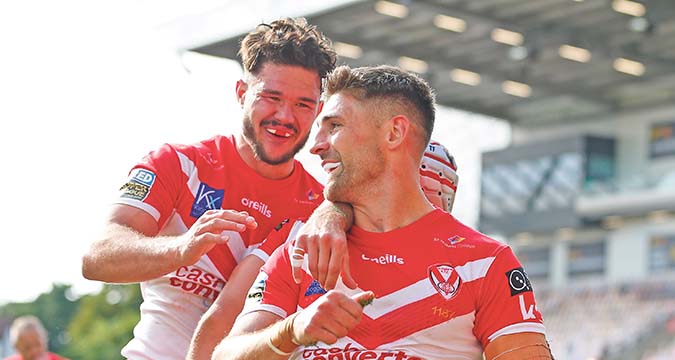 MARTYN SADLER, the editor of League Express, contrasts the judiciary experience last week of two players on opposite sides of the world.

Plenty of British Rugby League supporters watch the NRL and make unfavourable comparisons between the standard of play in that competition and what we see week by week in Super League.

The NRL is undoubtedly a more consistent competition than Super League, and it certainly presents itself well to its audience.

But there is one aspect of the NRL where I believe it could learn some lessons from Super League, and that is in the field of disciplinary hearings.

This was illustrated last week by two parallel hearings in both competitions.

In Super League we had Tommy Makinson’s hearing following an allegation of inappropriate contact being made with an opponent. What that means is that Tommy was alleged to have grabbed the wedding tackle of Castleford’s Liam Watts after he had been tackled.

Tommy was damned by the video footage of the incident. There was little doubt that he was guilty of the offence, and he actually pleaded guilty at the hearing.

In the NRL we had Kevin Proctor of the Gold Coast Titans accused of biting the arm of Cronulla Sharks playmaker Shaun Johnson.

The video footage showed Johnson’s arm pressing against Proctor’s mouth as the Sharks player tackled his opponent, and subsequently Johnson alleged to the referee Henry Perenara that he had been bitten by Proctor. 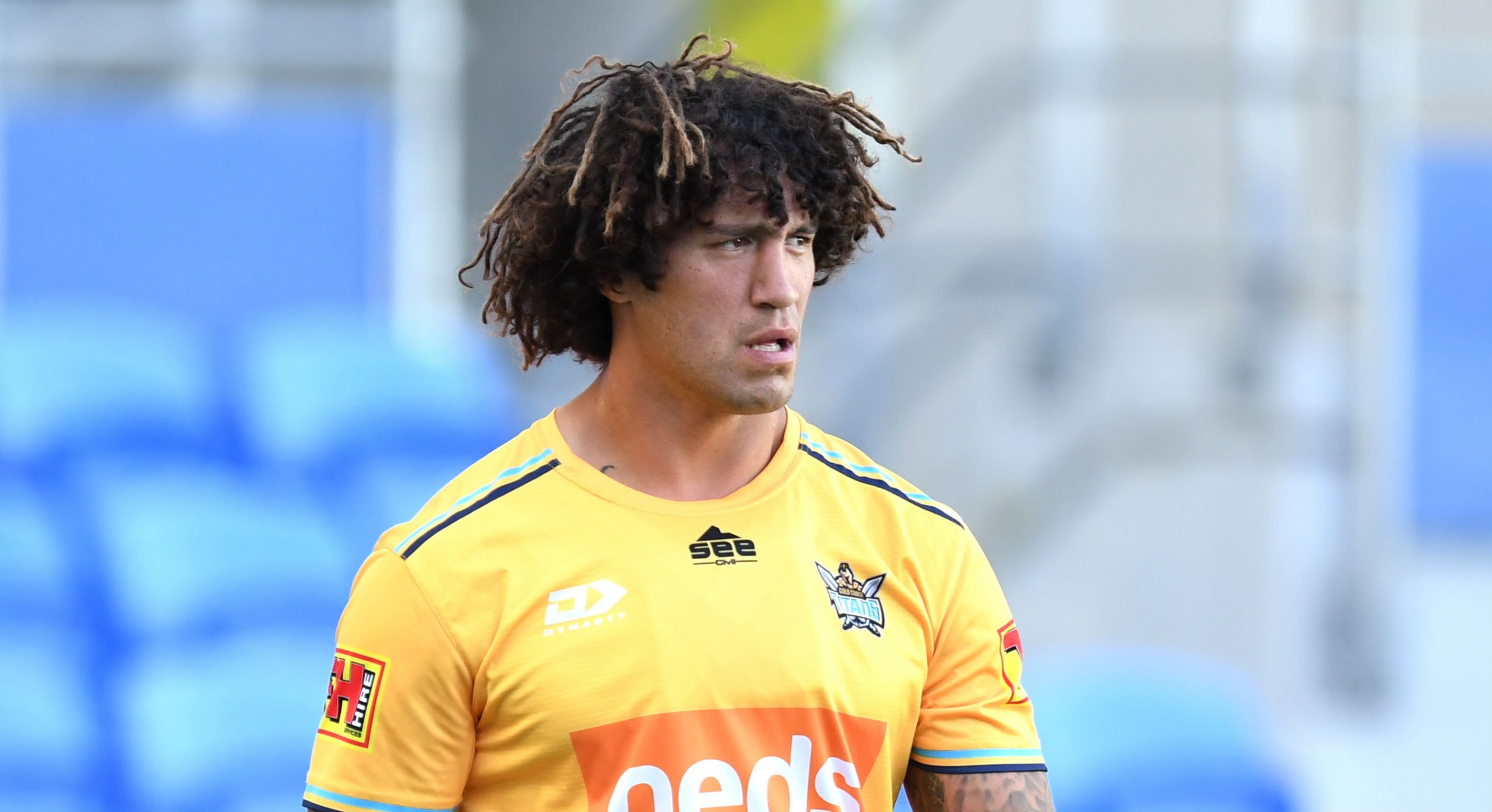 But Proctor (pictured) claimed his innocence.

So the NRL panel had to decide three things.

1 Was Proctor guilty or not?

2 If he was, how serious was the offence?

3 If he was guilty, what should the punishment be?

In the case of Makinson, the player himself answered the first question by pleading guilty, so the panel was limited to questions 2 and 3.

Both competitions, in passing judgement on players’ indiscretions, employ a panel made up of three people.

But here’s where the difference lies.

The RFL panel was made up of His Honour Judge Chris Batty (chair), with former players Neil Turley and Wilf George as the side members.

I had viewed the video footage in the case of Proctor and could see absolutely no evidence that he bit Johnson. And the referee appeared to back up that opinion by stating that he had seen no bite marks on Johnson’s arm.

It struck me that if someone puts his arm over someone’s mouth, that person is likely to make some movement with his mouth in order to try to breathe, which is what Proctor claimed he tried to do. If we are going to say that someone is guilty of biting in those circumstances, we surely have to see some evidence of the mouth moving towards the arm in order to make the bite. But in this case the arm moved to smother the mouth.

Inevitably someone on the receiving end of that might look as though he was biting the arm, but that is not the same as proving that he was deliberately biting his opponent.

But what was quite shocking about the case was that, after a lengthy hearing, the NRL panel took eight minutes to decide that Proctor was guilty and that he should be suspended for four matches.

It seemed incredible to me that it should spend so little time assessing what was clearly a difficult situation, knowing that its decision could have a devastating effect on the career of the player whose case was being considered. It was even more incredible when you bear in mind that Johnson claimed that he hadn’t in fact been bitten.

Proctor had never been in trouble before, and I thought he was hung, drawn and quartered by the NRL panel.

On the other hand, the RFL panel took 30 minutes to discuss Makinson’s case, and it accepted the player’s submission that the Match Review Panel’s decision that it was a grade F charge (the most serious on the books) should be adjusted to grade E, primarily because it found there was no intent to injure Liam Watts on the part of Makinson. But it still imposed a five-match suspension.

But the real moral of the story here is that the RFL panel was chaired by a Judge, who is obviously versed in the legal nature of evidence and its analysis to arrive at a fair decision.

I’m sure that the three former players who considered Proctor’s case are deeply honourable individuals, but they are not legally trained. And yet they are involved in quasi-legal decision making in this case.

I don’t think eight minutes was adequate to consider the complex issues that Proctor’s case threw up and I think Proctor was effectively thrown under a bus. Justice was notable by its absence.

And then there is one other point that differentiates the NRL from the RFL.

If you are found guilty by the RFL you have the right to appeal to a second tribunal, which will be held a day or two after the first hearing.

The NRL has an Appeals Committee, but as far as I’m aware it takes weeks to hear an appeal after the first decision was made. So it would be useless for Proctor if he wanted to appeal the four-match suspension.

One person who shares my opinion of this is the leading NRL commentator Phil Gould, who was as unhappy as I was with Proctor’s suspension.

“I think it was totally overplayed, a total overreaction. And from there it spirals out of control into a judiciary hearing and everything we went through last night.

“I have no faith in the total process and I believe they’ve come up with an unsatisfactory verdict. In legal terms it’s an unsafe verdict based on the evidence and what was said last night, I can’t see how our game keeps doing this to itself and I’ve got no faith in the system at all.”

The NRL should take note of what happens at the RFL and copy it.

This is an amended version of an article that appeared in this week’s League Express in Martyn Sadler’s ‘Talking Rugby League’ column.

You can take out a subscription to League Express by going to https://www.totalrl.com/league-express/