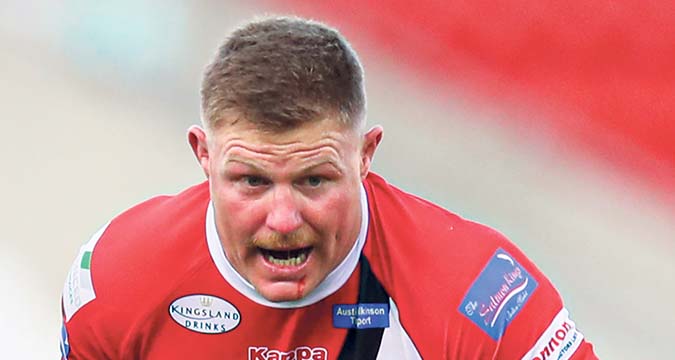 Luke Yates says joining Huddersfield and being reunited with his former coach Ian Watson was too good an opportunity to pass up.

Yates left Salford in the off-season to sign with the Giants on a two-year deal. The Australian was under contract at the Red Devils for 2021, but Huddersfield paid a fee to lure him across the Pennines and Salford reluctantly let him leave.

Yates thrived under the coaching of Watson at the AJ Bell Stadium last year.

“It was a bit of a tough one, but I thought it was too good an opportunity to pass up,” he said.

“It would be silly not to jump at the opportunity to go with him, we have such a great chemistry. But there are no hard feelings with Salford. ‘Watto’s’ a really good man manager, he motivates players.

“He’s also very, very technical, the way he breaks down teams. He’s also tapped into the sports science side of thing as well. With the squad we’ve got at Huddersfield, and bringing what he’s done at Salford, it’s going to be a good year for us.”

Yates is entering his third season in Super League after leaving NRL club the Newcastle Knights to join London Broncos at the start of 2019.

The prop admits he has fitted in well at the Giants.

“All the guys have been really, really welcoming. It’s a great group of lads who are hungry to learn and get better.

The 26-year-old believes his new club can win silverware this year.

“They’re have had a good enough squad for a while but not been able to pull the trigger. But everybody’s competing for spots and we don’t know which way Watto’s going for round one. Some experienced players will be left out.”