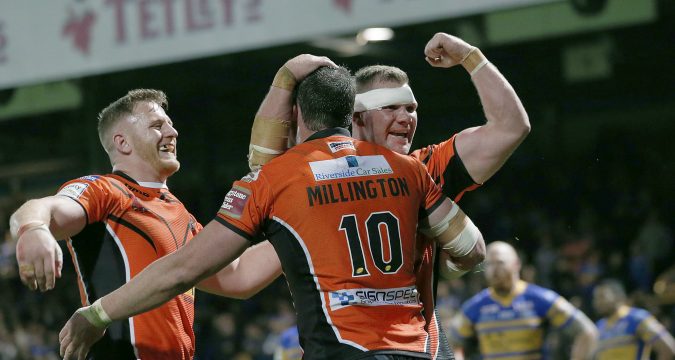 It’s the run to Christmas 2016 – and here at TotalRL.com, we’re taking a look at 12 players – one a day – who could be the next big breakout stars in Super League next season.

The cousin of former Castleford star Joe, Brandon Westerman is one of the most highly-regarded youngsters on the books at Castleford, and he could be one to watch for all fans next season.

Castleford’s injury problems saw Daryl Powell hand out a number of debuts towards the end of last season, and although Westerman wasn’t one of them, the 19-year-old will surely get his chance in 2017.

He was given a squad number by Castleford last year; he’ll definitely get one in 2017 and all things considered, Westerman is deservedly our pick of the Cas youngsters for the next 12 months.

Some other Cas youngsters to watch..
Ash Robson: The 21-year-old utility caught the eye when he stepped into the Cas side in the past.
Tuoyo Egodo: Snapped up by Powell from Hemel in the off-season, could Egodo be the Cas coach’s next big star?

Who’s your one to watch at Castleford in 2017? Let us know by getting in touch on social media @LeagueExpress.