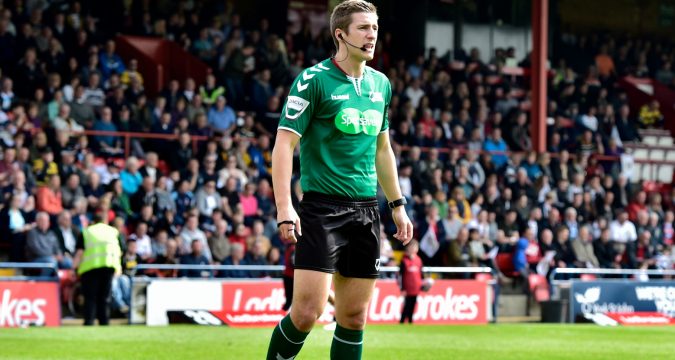 Chris Kendall will take charge of his first Grand Final on Saturday.

The match official has been appointed for Saturday’s Old Trafford showpiece between St Helens and Salford.

Robert Hicks, the referee for the Challenge Cup Final, will not be a part of the match officials team for the Final.

Following the Wembley event, Eamonn McManus, the St Helens owner, hit out and questioned why Hicks was in charged after a “publicity stunt” with Warrington CEO Karl Fitzpatrick weeks earlier after he met with a Wolves fan who issued a death threat.

Clint Sharrad & Marcus Griffiths will be the touch judges while Ben Thaler will act as the video referee.