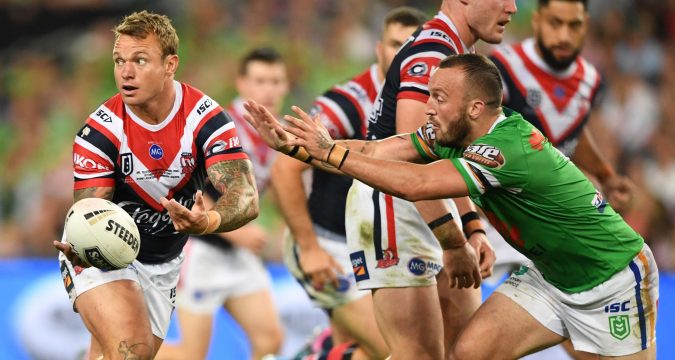 The Roosters opened the scoring early on through young hooker Sam Verrills before they extended their lead when Latrell Mitchell kicked a penalty ater a high tackle on Victor Radley.

The Raiders weren’t overwhelemed by the occasion and worked their way back into the game through Jack Wighton’s try.

Mitchell attempted to add another peanty before the first half ended but his kick was off target.

The Raiders equalised after ten minutes of the second half. Cooper Cronk tackled Josh Papalii before he had received the ball and was sin binned for a professional foul.

The Roosters hung in well and after Cummins changed a back-to-one call, they took the lead when Daniel Tupou broke down the left and found the supporting Tedesco.

A full match report of the NRL Grand Final will feature in Monday’s League Express.