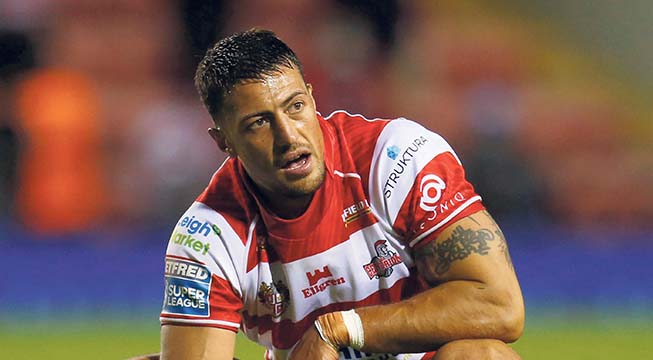 The 30-year-old Cook Islands international joined the Super League club on a short-term contract in April and made six appearances, the last in the 30-20 defeat at Wakefield.

Gelling appeared at Liverpool Crown Court in May, when he was cleared of grievous bodily harm.

Leigh owner Derek Beaumont said: “I would like to personally thank Anthony on behalf of everyone at the club for the fantastic job he has done.

“To have come to England under the circumstances he did and to have ripped in and applied himself in the manner evident in his performances speaks volumes for him.

“It was clearly a difficult time for him while he was here, yet he was outstanding in everything he did and extremely committed to the club, the coaching staff and his team-mates.

“It is a massive loss to us to see him head home, but we fully understand his reasons and hope everything works out for him.

“The lads put everything in for his last game and while we didn’t get the win, we had a beer together to wish Gells farewell and show our appreciation of his efforts.

“I wish him a safe onward journey and every success. I look forward to seeing him play in the World Cup and would love to see him return to our club in the future.”

Auckland-born Gelling came through the Sydney Roosters development system and after a spell back in New Zealand, was with Wigan from 2012-17.

After playing for New Zealand Warriors, he had stints at Widnes and Warrington, for whom he played 13 times last season.