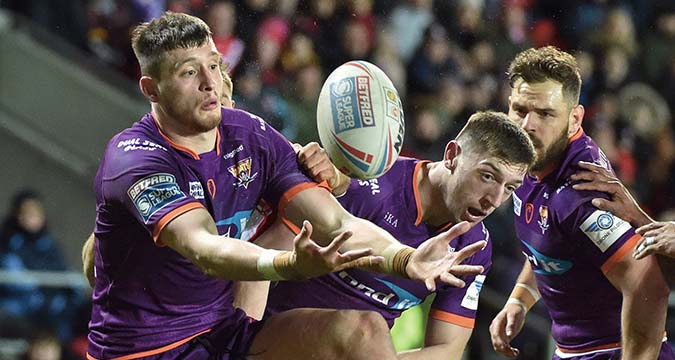 Hull Kingston Rovers have confirmed the signing of Huddersfield Giants utility back, Sam Wood on a one-year deal from 2022.

Wood, 24, made his Super League debut for the Giants in 2016 and he has now made in excess of 80 career appearances for Huddersfield, as well as having featured regularly in the Championship for Batley Bulldogs in the 2019 season.

Able to play in the pack, as an outside back and most recently in the halves, the 6’4 utility man had his mind set on joining the Robins to take his game to the next level.

Hull KR coach Tony Smith is pleased to add Wood to a side that he has gradually been rebuilding since taking over his role in June 2019.

“He’s been in the Huddersfield system for a while, and we think he’s developed really well,” said Smith.

“Sam is looking for a change and he’s got a bit to prove himself.

“I think Sam sees himself mostly at centre, but he’s able to play wing, currently playing in the halves and second row.

“It’s a great criteria to have. Anybody who wants to be a part of us and has a strong desire to wear the badge – that’s got to be the number one.

“He sees what we’re doing here and wants to be part of it. To make himself better and help us become stronger.”