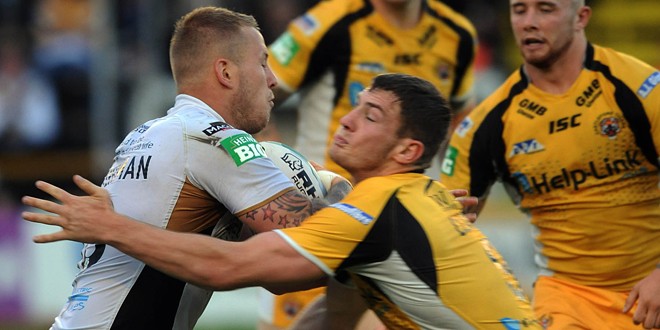 The Airlie Birds let a comfortable lead slip to lose against Wakefield Wildcats before getting thumped by an under-strength Wigan side last week.

The Black and Whites take on cross-city rivals Hull KR at Magic Weekend and Westerman is hoping for a change in fortunes.

“We know we can play – I think we can beat anyone,” he told the Hull Daily Mail.

“We’ve lost narrowly to St Helens, Warrington and Castleford and we have to turn them into points. But after losing to Wakefield the week before and then doing that against Wigan, it is a joke really.

“It is a joke for the fans. But they have to stick by us and get there on Saturday in numbers for a big one.”

The England Knights star struggled to diagnose his side’s problems.

“We come to training with all the enthusiasm and we do all the little things right there; the coaching staff are really good, we listen and do everything right,” he added.

“Then we come out on a weekend and do that. Is it enthusiasm? Is it a lack of confidence?

“You look at our previous games and we are losing by one or two points, then we come and perform like that after a week where we have worked hard and done everything right.

“We are all in this together. It’s not a case of whose fault is it; we are in this as a team and a squad and we have to play better as a squad and show more energy.