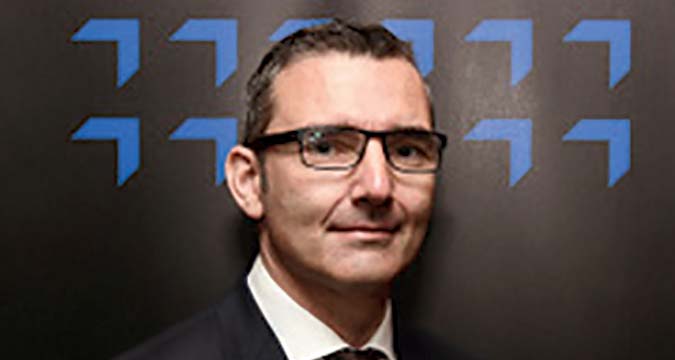 International Rugby League (IRL), the international governing body of Rugby League, has appointed a new Secretary General in Danny Kazandjian, who will take over the role from retiring Chief Executive Nigel Wood, who left his post at the end of November.

Kazandjian was previously employed as Global Operations Manager, a position he was appointed to in June 2018.
After leaving school Kazandjian worked for three years in the City, in futures, including working on the LIFFE floor, and then for four years he worked as a scuba-diving instructor.

His first sports job was editing a Rugby League website before working as a freelance football writer.

He began his career as a sports administrator in 2002, when he moved to Lebanon to begin the Lebanese Rugby League project, while continuing as a freelance writer.

In 2007 Kazandjian was appointed as the Euro-Med Director for the Rugby League European Federation (RLEF) and in 2010 he was promoted to become the RLEF general manager, which encompassed all aspects of running the organisation, including strategy, governance, operations, communications and management.

During his time at the ELEF Kazandjian helped grow the membership of the Federation from 20 nations in 2010 to 40 in 2018.

In June 2018 he joined what was then the Rugby League International Federation (RLIF), taking responsibility for leading the northern hemisphere and project managing World Cup qualification tournaments.

Commenting on his appointment, Kazandjian said: “I am honoured to be asked to take on this vital role for IRL.

The position of Secretary General is widely in use throughout the international sporting community and brings International Rugby League more into line with recognised practice.

“IRL is growing and developing its operation, as further evidenced by the healthy attendance at last week’s AGM and the elevation of Ghana and Nigeria to affiliate member status.

“We continue to both improve our support for our 52 members and develop core functions as an international federation, including anti-doping, match officiating, judiciary, the laws of the game, our regulatory framework in addition to other strategic areas such as improving our approach to women’s and disability Rugby League and further regional devolution. All of this work is ultimately intended to underpin a vibrant, coherent international calendar, which remains the federation’s principal objective.”