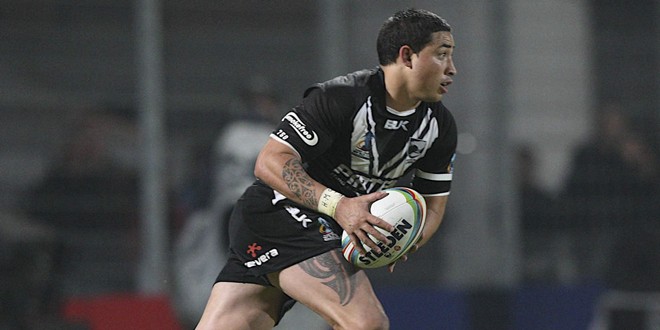 New Zealand star Kevin Locke could be Super League-bound, with media outlets in Australia reporting that the Warriors star is set to take up a contract with Salford Red Devils.

The 25-year-old has managed to secure an early release from his contract with the NRL club, and is seemingly heading for the English game after months of fevered speculation. Locke has been the source of much conjecture and rumour since the Warriors snapped up Sam Tomkins from Wigan to play in Locke’s preferred position of full-back.

Locke had admitted last year he could leave the Warriors at some point, but only for the “right reasons”.

“If the right reason was to leave, then I’d make that decision based on myself and where I see my future going.”

If Locke does head to the AJ Bell Stadium, it will be a huge coup for head coach Iestyn Harris and his Salford side, who have struggled for form and consistency after an off-season of overhaul last year, leaving owner Dr Marwan Koukash publicly criticizing his players on social media last week.

He will arguably become one of the biggest names in the English game when joining.