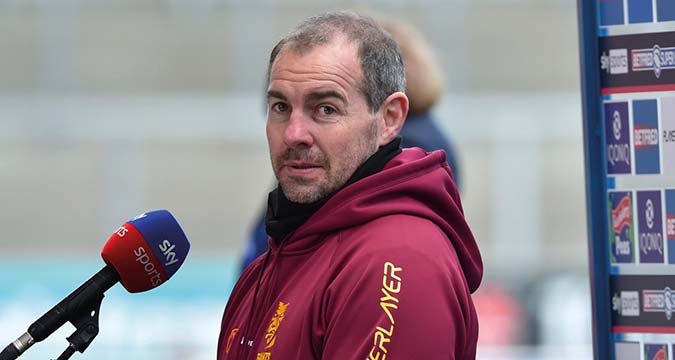 Huddersfield Giants coach Ian Watson is predicting a big future for Will Pryce.

With Aidan Sezer, Jack Cogger and Lee Gaskell all on an extensive Giants injury list, the 18-year-old son of former Great Britain stand-off Leon Pryce made his debut from the bench in Thursday’s 50-12 home Super League defeat by Catalans.

Watson, who started with Sam Wood and Oliver Russell in the halves, said: “I thought Will was really good.

“He came on and was chattering away, he was being Will. He just went out there to play rugby.

“We wanted him to get his hands on the ball and be a threat and he did that. I just wish we could have got a result and made it a memorable debut, but I’m sure he’ll have many more appearances.”

Pryce’s performance provided a positive in a testing week for Watson, whose depleted side have a Tuesday-night home clash with Castleford before Sunday’s trip to Wigan.

The former Salford chief received confirmation that winger Darnell McIntosh and centre Joe Wardle will both miss the rest of the season.

And there are real fears that both Sezer, who is out of contract and being linked with Leeds, and hooker Adam O’Brien could be in the same situation.

Australian ace Sezer damaged an ankle while playing for the Combined Nations All Stars against England, and could need surgery.

“Aidan is going to be out for a while,” explained Watson.

“It depends how he goes with the consultant, over whether to rehab it or whether it needs an operation. That’s for Aidan to think about. It’ll be a minimum of eight to ten weeks.”

While Gaskell is joining Wakefield next year, McIntosh is moving to Hull, against whom he recently suffered a ruptured Achilles tendon.

“When Darnell has played on the wing, he’s been outstanding, so it’s a devastating blow,” added Watson, whose side have suffered four defeats running.

“He’s okay, he’s come round to it and he knows it’s part of the game. He’s not going to be with us for next year, so that’s his Huddersfield career finished.”