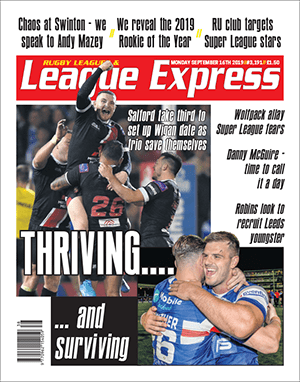 The regular season is over – and the play-offs are in full swing!

The race to be crowned champions in all three divisions is certainly hotting up, and this week’s League Express has all the reaction and previews you’ll need to get ready for the end-of-season shake-up. Here’s what we’ve got in store this week.

In shops Monday, or download the League Express app to your tablet or smartphone to read it online now … also available for desktop PC/Mac at www.totalrl.com/le