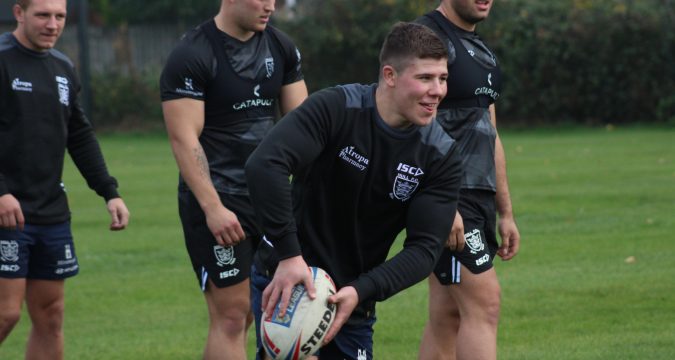 Among marquee additions, overseas arrivals and high-profile business it was the capture of a lad from the Championship who stood out as the signing of the season.

Hull FC’s capture of Joe Cator wasn’t even headline news within his own club’s recruitment drive heading into 2020. Big name, big money arrivals were the star attraction of a high-profile recruitment drive.

But with the season over, Hull’s capture of the young loose forward must go down as the most astute pieces of business this season.

Determining the success of recruitment isn’t as simple as some may think. The quality of performances is inevitably a major factor but in a salary cap sport, the player’s value plays its part too.

Cator had signed from Leigh, where he had spent a year in the Championship. He’d spent most of the year before in League 1 with Coventry Bears and Newcastle Thunder.

He was 21 at the time of his arrival and no doubt seen by the club as a project purchase. It’s a safe assumption that the loose forward was among the lowest earners in the Hull FC first-team this year.

Yet by the end of the season he was a regular starter, having made 13 appearances for the club as they reached the play-off semi-final. There were some suggestions he could be included in the Super League Dream Team too.

As far as value for money goes, it’s hard to imagine anyone has provided that more across the competition than the Hull native.

The likelihood is that he will only become more valuable, too.

Super League coaching trends tend to be a few years behind those in the NRL. If that theory is true, we can expect to see a return of the smaller, more traditional number 13. That trend has already started in the NRL with the likes of Victor Radley. We’re slowly starting to see it over here already. Morgan Knowles was the start, Hull KR’s George Lawler is another. Cator looks set to be the next.

However, it does leave the Black and Whites facing a potential conundrum in 2021.

Cator is off-contract at the end of next year and he won’t be short of interest.

Hull, you’d imagined, are keen to retain him, but it will most probably come at a cost. Accommodating a steep increase for an existing played is often a tricky juggling act. Clubs project how much money they’ll have to work with heading into a recruitment cycle and improving Cator’s contract will cut into that.

With a new coach joining the club who will want to bring in his own players, the Black and Whites will want as much budget as possible to help their new coach do that. Negotiations over Cator could well prove tricky.

Time will tell on that front, but the Black and Whites can give themselves a pat on the back for this piece of recruitment.