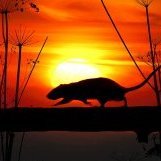 Ah yes, the one day of the year that you see the words "happy" and "Yorkshire" in the same sentence. 😉

I am proud to come from Yorkshire. Its industrial past and heritage helped nurture me into the person I am. There are some lovely parts to this county. Even greater rovrum has its bits ... I'm pr

As the old saying goes, you can tell a Yorkshireman......but you can’t tell him much...