An exciting weekend for the All Golds 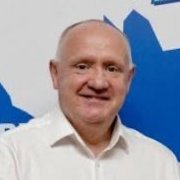 By Mark Wynn,
June 25 in The General Rugby League Forum