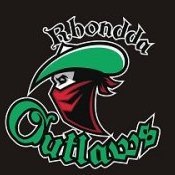 Activities Dutch clubs have participated in and  been  replicated all over Europe and this is just the tip of the iceberg Eddie. Yep they are doing nothing but bringing in higher levels of govern