By marklaspalmas,
May 25, 2021 in Featherstone Rovers 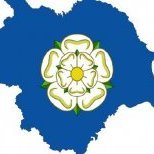 Well there's two ways of looking at yesterday's game. From a Fax point of view you could say we were on't wrong side of Mr Grant, again. Likewise you could say we came up short, just, against a very w

A lot of players missing today, this will be a real test for us. A win here will be the best of the season for me. UTR.

I wouldn't mind seeing the tackling counts for our boys today. I see Moors getting top ratings on the MOM thread (which I have to boycott 😉 ) but Field, Lockwood and Koppy put in some right shift