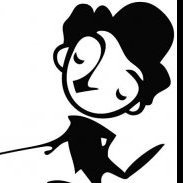 Yes.  I read that.  Great. It must be challenging for belief/ motivation given past achievements.  I found this years World Champs race absorbing.  It  reminded of how I was  gripped with Copenha