By Omott91,
February 13 in The General Rugby League Forum

After watching the Toulouse game earlier this morning full of excitement and hope, only for it to end with a feeling that I've seen this before too many times. The promoted team has next to no chance 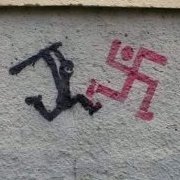 Totally disagree. It is because Super Dooper League became closed shop, that so many clubs on the outside of it are struggling.  I would even suggest going to 3 up, 3 down. It would kick the pere

Look at the NRL model. Clubs outside the NRL exist perfectly happily, knowing that winning their Championship is its own reward. Other sports manage it as well.