Two Bobs on the move again 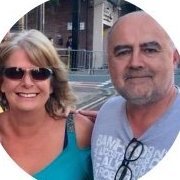 By amm,
September 13, 2010 in The General Rugby League Forum