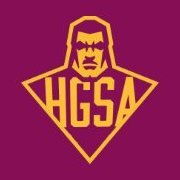 Except Huddersfield Giants OWN 20% of the stadium, we don't rent it,we OWN part of it. HTH?

It could have been worse. Imagine being penalised for a ball steal in golden point time which actually decides the result and then later getting an apology that the tackle was incomplete and the ball