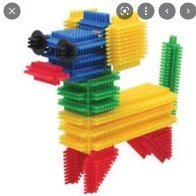 By Sticklebricks,
February 28, 2020 in Workington Town

Ryan will give it his best shot. Well done Ryan for holding his hand up and taking the next stage of his career. Hes in very good hands with Chris & his staff along with senior players around

2018  do you not like Ryan personally . Comments like that  are way out of order.  Full marks to Ryan for giving it ago. Chris isnt stupid and must have seen something  that YOU haven't.   Good luck R