That will leave a vacuum 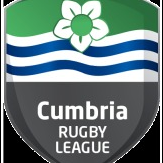 It's the fans who pay the wages and if they are not happy why shouldn't they voice their concerns, and if the communications between the club and the fans was a bit better maybe there wouldn't be all

I know I give a bit of banter out but I genuinely think Thorman has been a god send for Town and a fantastic appointment, he comes across very passionate and fully committed to the cause 👏