By GUBRATS,
September 3, 2021 in The General Rugby League Forum

No, I won't be there.  To be honest, I think it is just a glorified p***-up.  The fans get exploited for what is little more than a loop fixture, and I don't see why my team, the Dragons, have such a 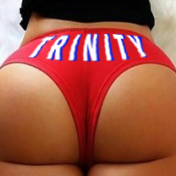 Covid will never be over mate.